A New Sign of potential occurrence of Alzheimer’s Disease Increased, excessive napping could be an early warning of Alzheimer’s Disease, new research shows. Lea Grinberg, professor of neurology at the University of California, San Francisco reports that when people hear about Alzheimer’s they immediately think about memory loss. Grinberg and 18 other scientists from universities in California and Brazil worked on a 12-month study, published last week in the peer-reviewed journal, “Alzheimer’s & Dementia”. 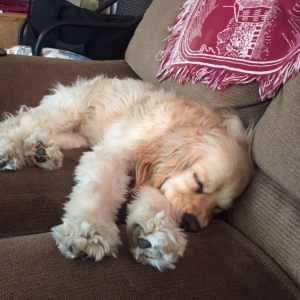 Dogs nap all the time, but increased, excessive napping in humans is not natural

Researchers have previously found that people who develop Alzheimer’s show changes in sleep patterns years before their memory begins to decline. People who develop Alzheimer’s tend to sleep more during the day, taking naps or feeling drowsy and dosing off. Sometimes, they also wake up during the night and can’t get back to sleep due to feelings of restlessness and need to get up and move around. If napping is a part of your life-long routine, though, you don’t need to worry about the desire to take an afternoon snooze, or mid-morning nap as it is a habit rather than a symptom. Dr. Grinberg stated, “it only gets worrisome when it represents a change to your usual behavior.” Take a moment to review RememberStuff®, the new easy to access kiosk of personal information to maintain organization and connection to family and friends throughout your day. Go to rememberstuff.com for additional information. Author: Mary Ellen Mullholand, President – Eperture LLC, makers of RememberStuff and DocStuff.